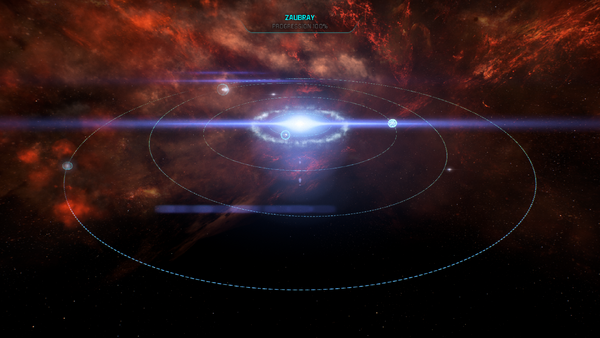 Zaubray is a star system located in the Heleus cluster.

There is an anomaly located in Zaubray. Scanning reveals an Asteroid.

This ultra-dense asteroid contains a carbonaceous buildup around a metal core composed of an unknown alloy. It's highly likely it was part of an artificial structure centuries ago—Remnant technology, or something entirely new.

There is a second anomaly present in this system during The Little Things That Matter. Scanning reveals a ZK Resource Tracker.

This satellite tracks Initiative shipments and allocates emergency drops without authorization. No ZK-Tracker satellites were authorized or deployed by the Nexus.

There is a third anomaly located in Zaubray during Contagion. Scanning reveals a Radiation Trail.