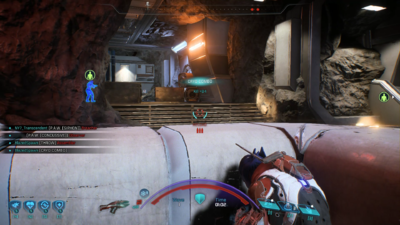 XP is a measure of an APEX Strike team member's combat skills and experience in multiplayer gameplay.

XP in multiplayer functions with a number of differences to XP in singleplayer mode. Instead of XP being granted at the end of combat after a mob of enemies is killed, XP in multiplayer is awarded in real time. 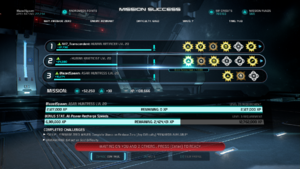 Performing enough of the same action in the same match that awards XP will award a "medal". Assault Rifle Kills or a Silver Extraction are examples.

Using a Character Respec card will only reset the skill points currently spent for the character. To reset a character to level 1 and delete all but 5 skill points, use Reset Level.

combat skill. This skill instead counts towards the Melee Kills medal.

The following achievements and trophies can be earned for reaching a specific level: