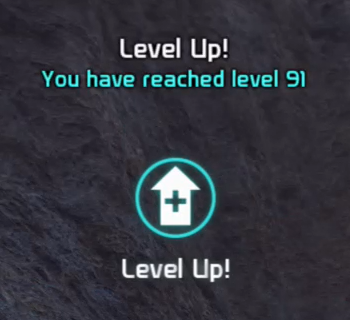 Earning XP and leveling up

XP are the measure of Ryder's experience as a Pathfinder. Points are gained by completing missions and in combat.

XP rewards for missions are fixed. Combat-related XP (also known as Encounter XP) is dependent on Ryder's level. As levels increase, the amount of Encounter XP increases as well. XP is awarded after defeating a group of 1 to 4 enemies. An encounter may include multiple groups. After defeating all enemies from a specific group, Ryder will gain XP. The number may flash on the screen. If the XP awarded moves Ryder up a level, that notification and the number of skill points gained will flash on the screen. Ryder may then open the Skills menu to spend the additional skill points.

XP can be affected by the cryo pod perk Advanced Training, which increases encounter XP.

A small amount of XP is available for free using the Tempest to scan anomalies. For a complete list of anomalies that give rewards, see Tempest Scanning Rewards.

Level 132 is the level cap. Once you reach level 132, the XP to next level changes to negative numbers and there is no level above this final level. This negative number keeps growing and never ends.

If all enemies in a kett camp appear to have been defeated, but the XP earned has not been displayed, there may be at least one Wraith still present.

New Game + Ryders will retain the XP earned from their predecessor.

The following achievements and trophies can be earned for reaching a specific level: