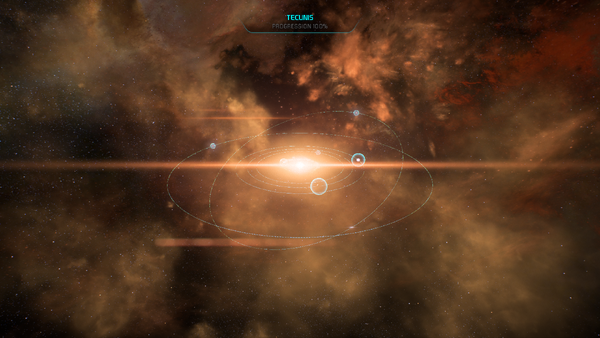 Tecunis is a star system located in the Heleus cluster. According to Kallo Jath, the system was named after the Tecunis Expedition, the first salarians to reach the Citadel.

There is an anomaly in this system which when scanned reveals Comet Tamoko's Arrow.

The orbit of this stargrazer has persisted despite the Scourge and other hazards. Likely it will withstand even a significant attempt to mine the core elements.

There is a second anomaly located in this system. Scanning reveals a Radiation Trail related to the Contagion mission.

Tracking Nexus shuttle stolen by Ruth Bekker. Signature consistent with expected readings based on Engineer's account of damage to shuttle.