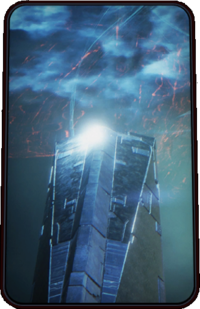 Terraforming is the science of making planets more viable for life. "Soft" terraforming involves the introduction of bacteria or ocean algae to bind toxic gases or adjust a hostile ecology. "Hard" terraforming is often conducted on arid planets with a thin atmosphere, using the impact of a comet or asteroid to warm the planet before introducing microbial life. This process can take centuries. Terraforming even a barren planet often involves significant financial and ethical hurdles.

The Andromeda Initiative has the capability for terraforming if necessary, but is limited by the timeframes involved. The "golden worlds" surveyed from the Milky Way were intended to support quick colonist deployment, with second-tier candidates identified for potential terraforming later.

If the Remnant vault on Eos is intended for terraforming, as evidence shows, its function is unprecedented. The ability to effect change on a global scale in such a short time defies our understanding of planetary science.

The vault on Aya not only confirms that the Remnant builders used their technology to terraform planets, but that the vaults are part of a massive network across the Heleus Cluster with a central control point, dubbed Meridian.

The existence of Meridian places the vaults and their operation in a larger context. A species capable of engineering on a cluster-wide scale would not need to terraform worlds to survive. Though reactivating the vaults results in an environment agreeable to Milky Way species, it is entirely possible that their renewed viability is a means rather than an end.