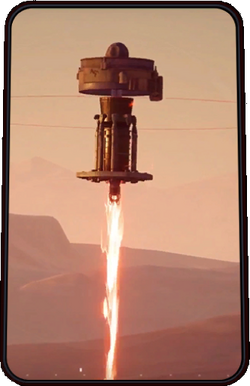 Without a steady supply of minerals and metallic ores, the Initiative's engineering capabilities grind to a halt. With plans so far off schedule, it's even more important to gather resources wherever possible. On the ground, Pathfinder scanners and the ground-penetrating radar of forward stations assist in locating resources for immediate harvest, or for colonists beginning their own mining operations.

In space, Initiative starships can pinpoint resources from orbit. Each ship is equipped with probes that contain both a sensor beacon and robotic drones that can harvest at least a percentage of any deposits quickly. The Nexus has relied on asteroid mining for the raw materials to support the construction efforts, which yield heavy metals and platinum.

The Scourge is a rich source of element zero, but the hazardous conditions destroy most robotic telepresence, making it an expensive pursuit. Most prospectors look on nearby planets for jettisoned rock and debris from the Scourge, which often contain eezo deposits.