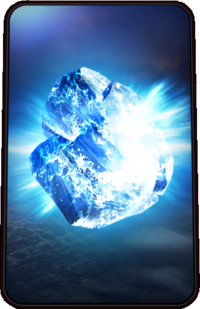 Also known as "eezo," the rare material known as element zero generates a field when subjected to an electrical current which raises or lowers the mass of all objects within it. This "mass effect" forms the basis of modern technology, from weapons and manufacturing, to enabling faster-than-light travel.

Element zero is generated when solid matter, such as a planet is affected by the energy of a star going supernova. The material is common in the asteroid debris that orbits neutron stars and pulsars, though mining such regions is extremely hazardous and requires significant investment. Various isotopes of element zero have been identified, though the rarest have only been observed in laboratory conditions.

Surveys of the Heleus Cluster suggested the region is rich in element zero, which was a deciding factor in the Andromeda Initiative's decision to settle there. Without eezo, the Initiative's technology would quickly become obsolete.