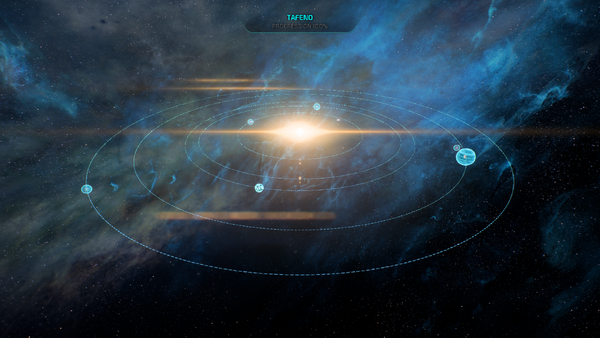 Tafeno is a star system located in the Heleus cluster. The Archon's Flagship and Ark Paarchero are located in this system during Hunting the Archon.

The Archon's flagship, Verakan, appears to be operating normally and is unaware of the Tempest's presence. However, the salarian vessel Ark Paarchero has been captured and is tethered to the kett ship. Sensors show no signs of damage to the ark. Its power levels are on standby.

After Ark Paarchero has been recovered during Hunting the Archon, there is an anomaly in this system which when scanned reveals an Escape Pod.

This escape pod is empty, but broadcasting "DO NOT RESCUE" across multiple frequencies and languages.