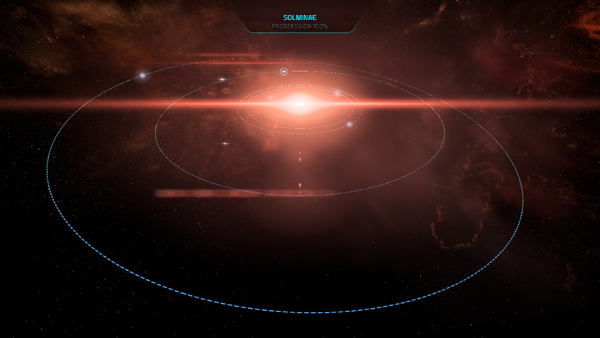 Solminae is a star system located in the Heleus cluster.

An anomaly is detected in this system during Life on the Frontier. Scanning reveals Starship Wreckage.

A small scouting ship sent to investigate a portion of the Scourge, it was lost shortly after leaving the Nexus. It was assumed that contact with the Scourge brought her down; analysis of the wreckage makes it abundantly clear that the ship was attacked.

There is a second anomaly detected in this star system during Contagion. Scanning reveals a Radiation Trail.