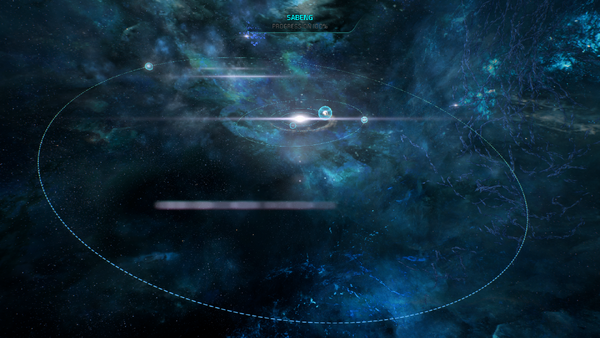 Sabeng is a star system located in the Heleus cluster.

There is an anomaly detected in this star system. When scanned, it is revealed to be an Element Zero deposit.

This deposit of element zero appears to have originated with the destruction of a large starship, though this is difficult to confirm.

There is an anomaly detected in this system that appears during the mission Safe Journeys. When scanned it is revealed to be an Angaran Satellite Navpoint.

This navpoint does not contain an angaran satellite, but there are trace radioactive particles consistent with those produced by a small starship's engine thrusters.