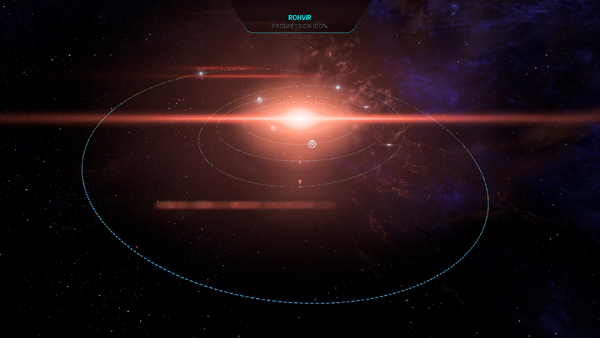 Rohvir is a star system located in the Heleus cluster.

There is an anomaly in this system. When scanned, it is found to be Starship Wreckage.

A Remnant fighter, seemingly "impaled" on a tendril of Scourge. Astonishingly, certain self-repair mechanisms appear to be intact, though the vessel will never be whole again.

A second anomaly is found in this system after talking to Suvi during Meridian: The Way Home. Scanning reveals a Scourge Formation.

WARNING: Intense levels of radiation detected. A shielded probe will last long enough to collect data, however, and can still be used to collect data.

After three data capsules are collected, the remaining four formations will only yield XP.