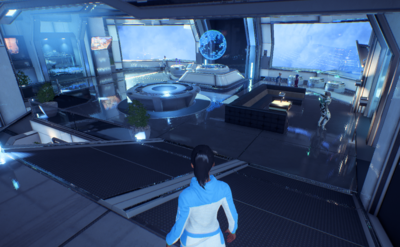 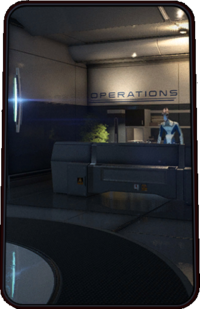 The Pathfinder Headquarters on the Nexus is designed to record and celebrate the achievements of the Initiative's Pathfinders, while also providing a space for them to relax and regroup when off-duty. The Pathfinder HQ is not normally open to the general populace, but Director Tann has permitted guided tours since Ark Hyperion's rendezvous with the Nexus.

The Pathfinder HQ preserves mission-significant items, mineral samples, and planetary surveys. If and when the initial settlement phase is complete, the Pathfinder HQ will contain a historical record of the Pathfinders' efforts to colonize Heleus. Meanwhile, Director Tann has established his offices here, as part of his duties in overseeing Pathfinder operations.

The following missions take place or are acquired in Pathfinder HQ: 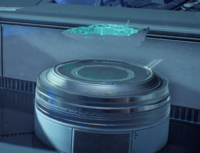 With solemn pride, we remember those who gave their lives in service of exploration and discovery.

Interacting with the Planetary Holo will open the viability terminal. 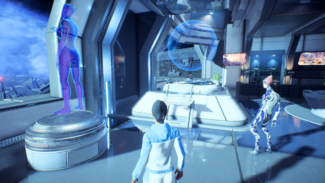 Secretly acquired blueprints of the SSV Normandy SR-2, a stealth frigate based on designs co-developed by the Systems Alliance and the Turian Hierarchy. 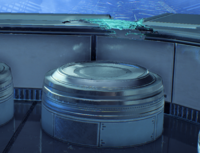 A model of the Ravuna, an early turian starship and their first to travel beyond a mass relay. 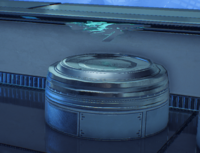 This area is unavailable until the end of the mission A Better Beginning.

Despite what the objective states for Nexus Reunion, Jarun Tann is located in Tann's Office and not Pathfinder HQ.