NEXUS (HNS) - Nexus Ambassador Named is an entry on the HNS terminal in the entryway of the Nexus. There are five versions; content depends on Ryder's decision at the beginning of Epilogue: Home And Away. (The text for the salarian Pathfinder depends on Ryder's choice during Hunting the Archon.) 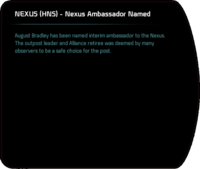 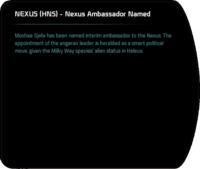 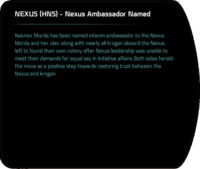 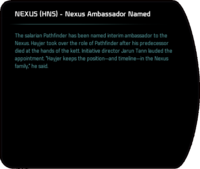 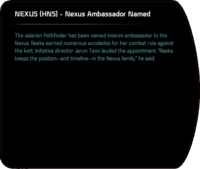