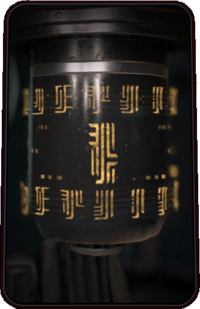 The kett in the Heleus Cluster appear to be a military expeditionary force. Separated from the rest of their culture, only a few conclusions can be drawn about the kett as a people.

Kett society appears to be a strongly regulated hierarchy. DNA evidence suggests genetic lineage is a factor in leadership positions. These "ancestral" kett lead the exalted, citizens who serve in the army, sciences, or industry. Unskilled labor is performed by slaves or—as analysis about their home space suggests—conquered vassal species. The kett interest in the Remnant implies a shared history, but details are scarce.

Culturally, the kett are highly ritualized and ceremonial. Intelligence reports show a powerful belief in their genetic and military superiority, and a belief that it benefits "lesser" species. Even the kett dialect spoken in Heleus, Tonaizhet, translates to "speaking correctly." Exaltation is thus not a punishment, but a means to balance a disordered galaxy by sharing the kett's genetic "perfection."