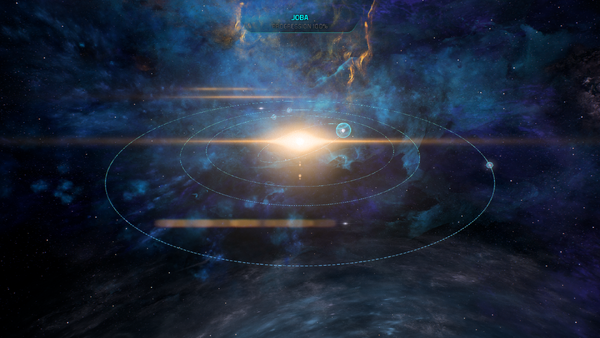 Joba is a star system located in the Heleus cluster.

There is an anomaly detected in this system during Safe Journeys. When scanned it is revealed to be a Comm Buoy.

This comm buoy is set for extremely short-range transmission, likely as a security precaution. Only a vessel searching its precise navpoint can detect the message.

There is a second anomaly detected in this system during Life on the Frontier. When scanned, it reveals Starship Wreckage.

The Charris was a transport shuttle with a full cargo of supplies. According to the ship's final transmission, it lost its way after an unexplained interference resulted in navigational failure. Damage on parts of the ship's hull suggests that it came into contact with a hostile force shortly after losing contact with the Nexus.