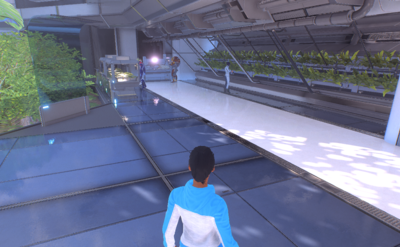 Hydroponics is a location in the Common Area on the Nexus station. It is great for a quiet escape. 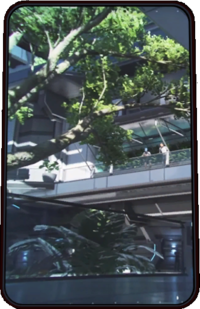 The Nexus's original encounter with the Scourge caused heavy damage to the station. Reports show that Hydroponics suffered the brunt of the damage, deepening the resource crisis. In response, Dr. Eliot Camden, the new head of Hydroponics, requested that plants be distributed throughout the station to prevent similar losses.

According to station resource allocation, Hydroponics currently accounts for 38% of the Nexus' water ice consumption. After undergoing reverse osmosis to remove heavy metals, the water is divided into reservoirs for each plant variety and a macronutrient mix is added. VI systems constantly monitor the pH, temperature and dissolved solids count of these reservoirs.

The flora in Hydroponics was chosen by crop varieties and oxygen yield. While most of the Nexus' oxygen comes from electrolysis, its plants improve overall air quality. Psychological reports also show a marked improvement in station morale since Hydroponics' recovery.

The following missions take place or are acquired in Hydroponics: