Four Giants is dominated by rock columns in the eastern region of Eos. 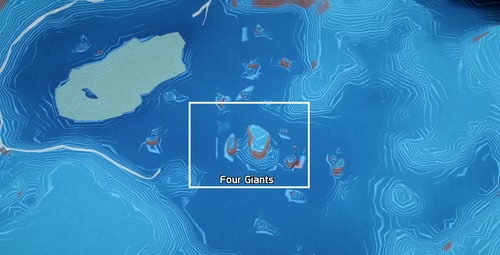 The following missions take place or are acquired at Four Giants:

Despite what the objective states, the work site location for the mission Shock Treatment isn't in the Four Giants region but is actually to the east of that region in The Golden Wastes region.

For the mission Task: What He Would Have Wanted, despite the overhead map showing that the Field comm terminal is in The Golden Wastes region, as you approach the area near the terminal, the on-screen display shows that this location is in fact the Four Giants region.