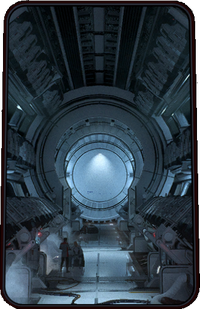 For many species, early long-range exploration relied on cryogenic stasis. Without modern FTL capability, or long-distance transit methods like mass relays, the distances involved in space travel meant that most crews would die of old age before reaching their destination.

Cryogenic stasis gradually lowers the body's temperature enough to slow its vital functions, but not low enough for damaging ice crystals to form, before the pod generates a mass effect stasis field that suspends both the individual and the interior environment in the pod. Contrary to depictions in popular media, the individual is not conscious of time passing: from most travelers' perspective, they lie down in the pod only to be awoken moments later.

Stasis failure, while regrettably common for early expeditions, has been vastly improved over the years. Even in the event of catastrophic system failure, multiple monitoring VIs and fail-safes are in place to initiate an emergency wake-up.