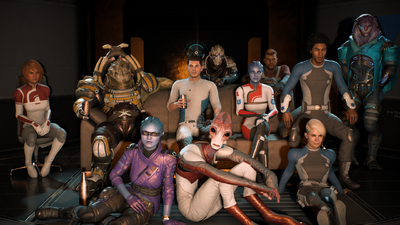 Some of the characters from gameplay

Due to the vast amount of characters during gameplay, refer to the character category for a complete listing.

There are character subcategories based on gender as well as species.