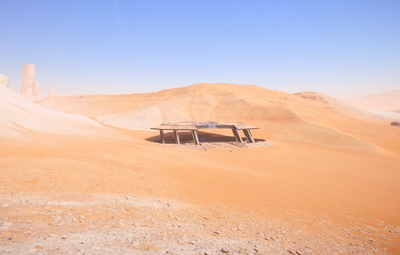 The Auxiliary Elaaden Vault is an extra vault on Elaaden.

The auxiliary vault is not specifically visited for any missions and won't be found unless you go exploring for it.

There is also a puzzle-locked container for the Cryptographer achievement and trophy.

Head to the auxiliary Remnant vault located directly west of the The Paradise on the eastern edge of the huge sinkhole in the Paradise Sands region.

The auxiliary vault on Elaaden has a number of items that can be collected besides the Remnant data core.