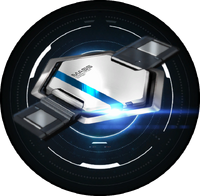 Augmentations are special, semi-permanent resource upgrades which can be added to a weapon or armor piece during the development process to give it unique properties. They can grant various bonuses to an item or even change its basic functionality. Augmentations are removed and returned to you upon deconstructing the item in question.

There are six types of augmentation: General, Gun Behavior, Gun Fire Type, Gun Projectile, Mod Slots, and Special. With the exception of Gun Behavior augmentations, only one augmentation of each type may be applied to a piece of equipment, while multiple General augmentations may be used at one time. 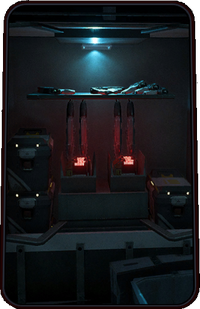 While many material components in Andromeda are familiar, we have also discovered rarer and more valuable materials; attributable to exposure to the Scourge, or mysterious alien technology. These "augmentation materials" are used in research and development to craft powerful, specialized items. Augmentations are essential to support weapon or gear combinations that would be impossible to build with conventional materials.

Augmentations fall into three technology categories based on where their supporting tech comes from.

Each augmentation falls into one of the 6 type categories. The table below lists all of the augmentations and the type that they belong to.

For additional details, strategies, mechanics on an augmentation, refer to the specific augmentation article in question.

Augmentations can be applied to both weapons and armor. The table below shows the available applications for each augmentation. Exceptions are noted with an asterisk (*). Refer to the specific augmentation article for details.

Certain augmentations can be applied to items during development but shouldn't be for various reasons. These are confirmed through development and testing to have the issues listed below:

Augmentations can't be deconstructed or destroyed but they can be sold to a merchant.

The following achievements and trophies can be earned for augmentations: