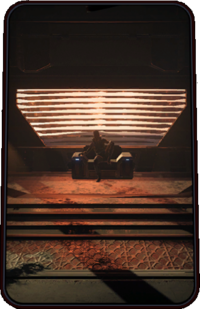 Despite Director Tann's reluctance to share them, the Nexus retains records of the so-called "Nexus uprising" in the early months of the station's arrival. The damage caused by the Scourge killed members of the senior leadership; new individuals had to step in to fill these roles. However, with hydroponics damaged and no habitable planets available, supplies were stretched to crisis point.

Dissent turned to open rebellion against this new leadership. With the Nexus threatened, krogan work crews were asked to provide military support against the rebels, now led by head of security Sloane Kelly, in return for political representation. The krogan were ultimately successful, and the rebels were exiled from the Nexus. These exiles remain a concern for the Nexus leadership to this day.

The majority of krogan personnel also left the Nexus soon afterwards. Director Tann has declined to provide details or fill in gaps in the official record.